SPRINGDALE (KFSM) — Bikers have not only been revving up the streets of Fayetteville, but also all over Northwest Arkansas for celebrations and events rel... 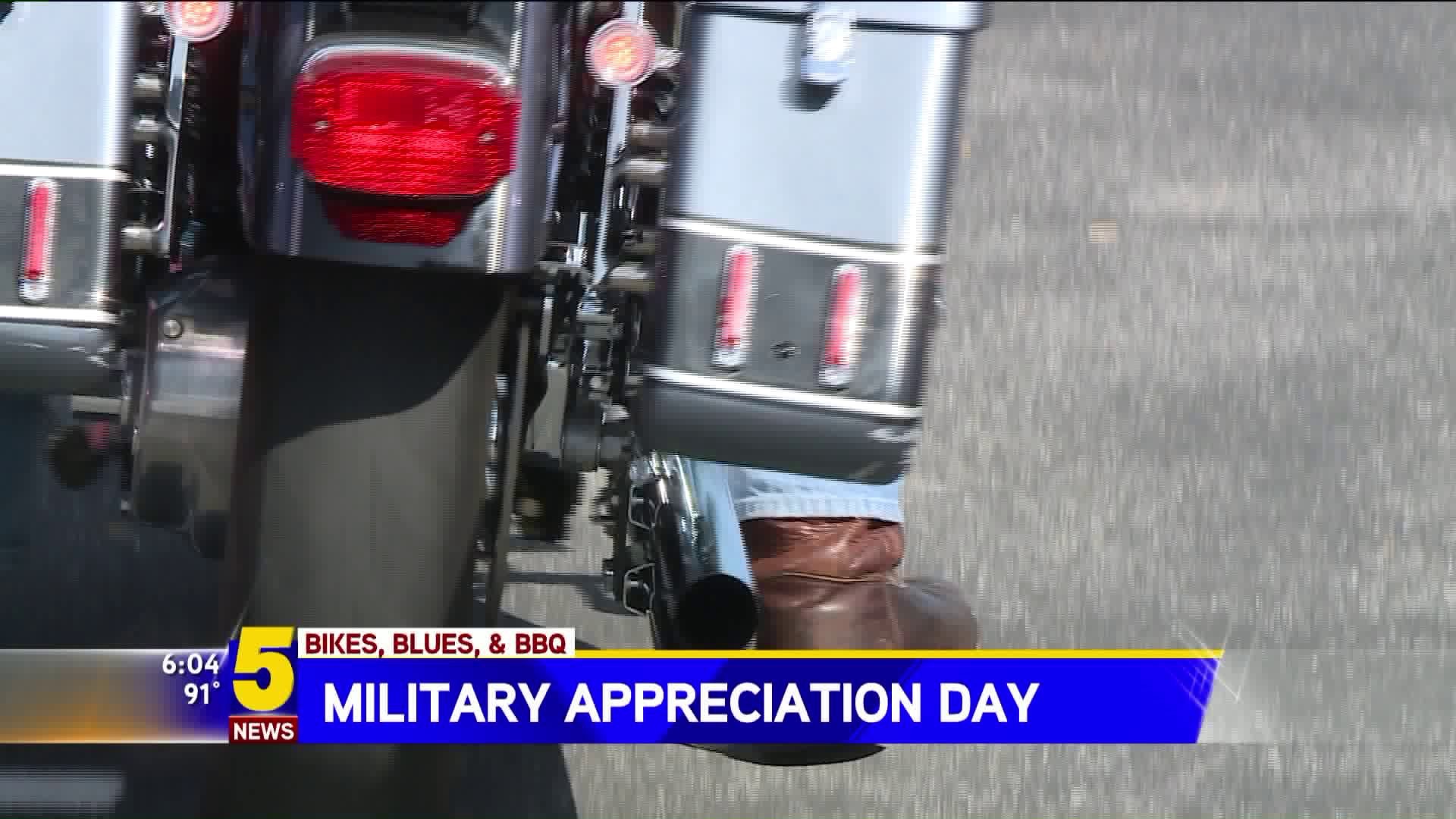 SPRINGDALE (KFSM) -- Bikers have not only been revving up the streets of Fayetteville, but also all over Northwest Arkansas for celebrations and events related to Bikes, Blues & BBQ.

Among the crowds of motorcycles and throngs of people, the military and patriotism play a huge role in the rally.

On Thursday (Sept. 21), a military appreciation event was held at Arvest Ball Park for men and women who have served, who are in town for Bikes, Blues & BBQ.

"It's just a great place for the community to come and see what everybody does," said Jody Bergstrom, executive director of Camp Alliance, a group that works with veterans and their families. "The veterans and military to just relate with one another."

"We work at the military unit level," Bergstrom said. "What we do is channel community resources and support back to that family and unit program level."

Among the many veterans is Timothy Farley, who works with the Veterans Center in Fayetteville to ensure veterans have the resources available to them.

According to Chuck Adkins, the senior vice commander of the Military Order of the Purple Heart Department of Arkansas, the appreciation event allows veterans to meet strangers with whom they share a unique connection.

"We may be generations and a war apart, or two, but it's the common bond of being a veteran, a bother in arms," Adkins said.