Hotels In Fayetteville Fill Up For Bikes, Blues & BBQ

FAYETTEVILLE (KFSM) — With a huge influx of people coming to Northwest Arkansas for the Bikes, Blues & BBQ, more than 300,000 people are in need of a ... 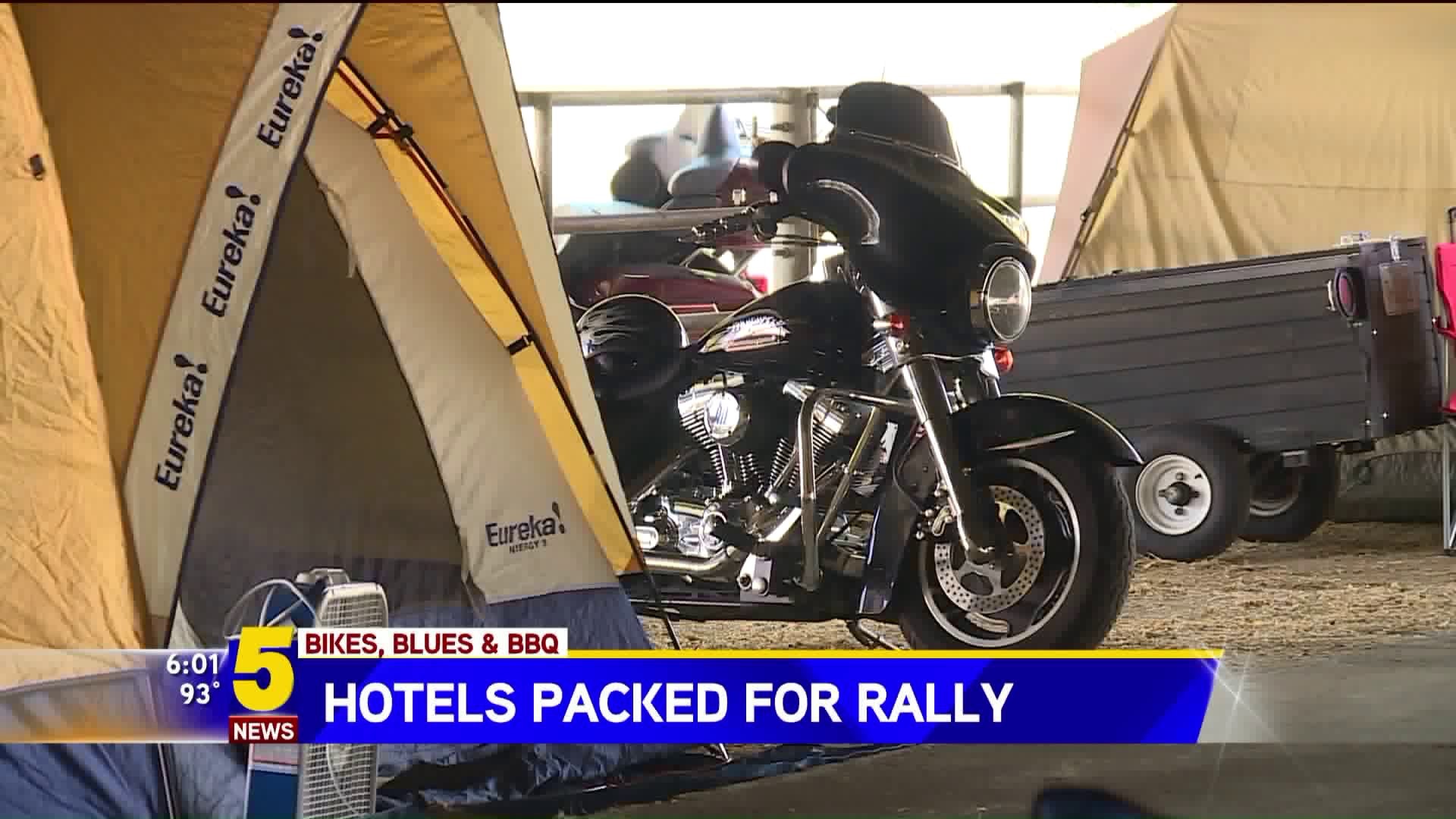 FAYETTEVILLE (KFSM) -- With a huge influx of people coming to Northwest Arkansas for the Bikes, Blues & BBQ, more than 300,000 people are in need of a place to stay.

Staying at a hotel close to the main venue is most people's first option, and the Chancellor Hotel said they have a lot of repeat customers stay with them year after year.

"Slowly but surely there are a few more motorcycles in the parking lot this morning than there were yesterday," Katherine Kinnley said. "We have most of our arrivals coming tonight, so that's when we expect to see the majority of our guest arrive."

Kinnley said while not all of their more than 200 rooms are booked, they think they'll be sold out soon.

Other bikers chose to camp at the rally's official campground at the Washington County Fairgrounds, but those spots are also becoming sparse. Earnest Lopez came to the rally from Nevada and said he booked their campsite three months ago.

"We're staying in our tents and the accommodations, they really went through it all and cleaned it up before we got here and we've been here since Monday," Lopez said. "So it's really nice."

Drew Deason lives in Fayetteville, but said he lets a group of fellow motorcycle club members crash at his place.

"Several years we've had so many, we've had to stay at a friend's warehouse down at the airport in Springdale," Deason said. "So it works out quite well being a local individual from the area."

People are also camping at Devil's Den State Park, but they say their RV spots, cabins, and campsites are full for the rest of the week.