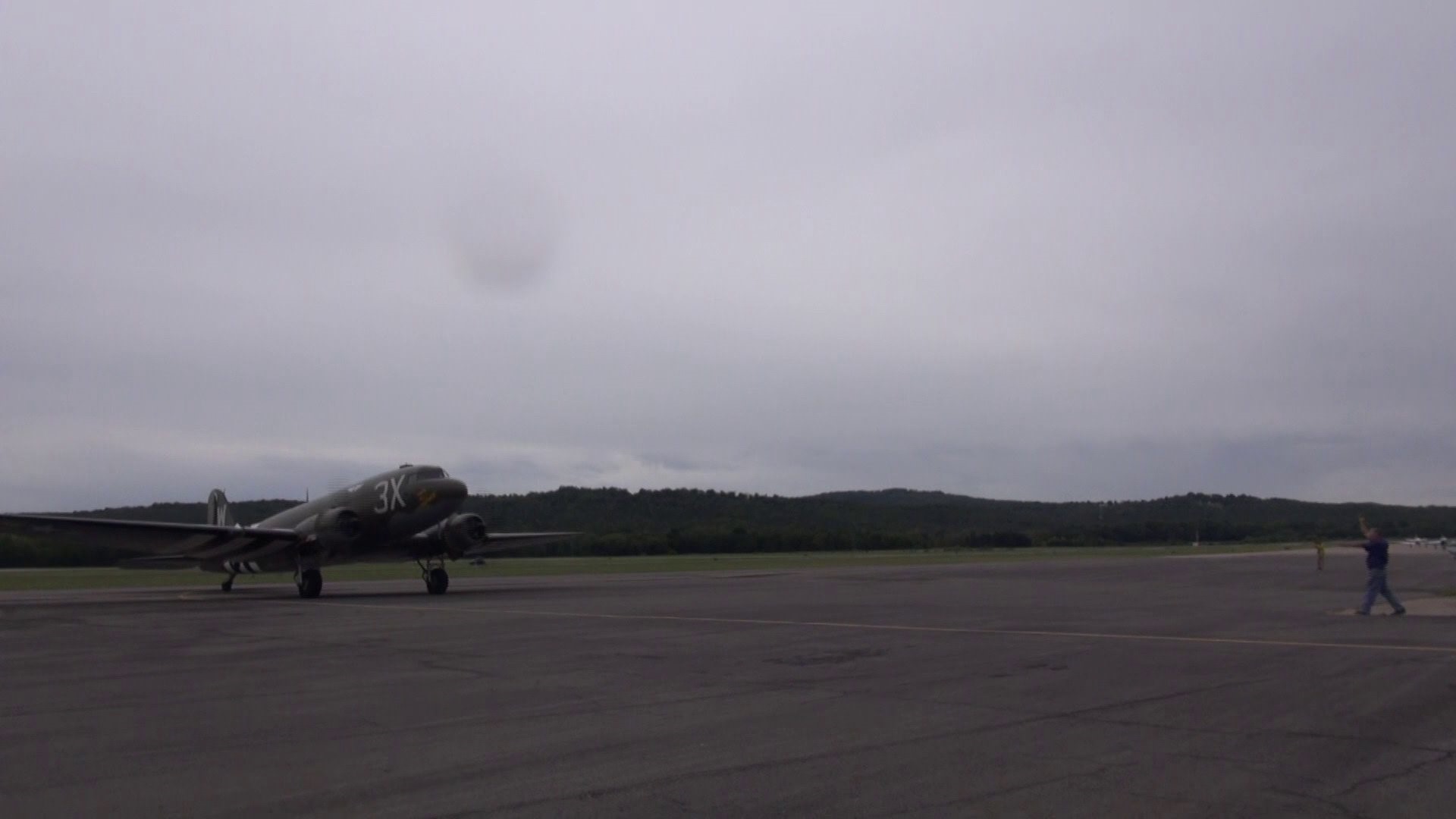 For more information, tap HERE for their  Facebook page.

The Arkansas Air and Military Museum at Drake Field in Fayetteville s bringing historic war planes to Northwest Arkansas. Meteorologist Matt Standridge shows us and takes a ride on the first airplane to fly on D-Day in Normandy.

Meet the C47, the plane that led the Allied invasion of normandy on D-Day June 6, 1944. We spoke with one of the pilots about where American soldiers parachuted into enemy territory.

Commemorative Air Force Pilot Doug Rozendaal  showed us the jump door. He says that, "This door would have been removed and the frame would have been closed. Across this threshold right here on the morning of June 6th, twenty-six guys walked across this threshold and stepped out into the night and parachuted into France not knowing where they were going to land or who was going to greet them."

Thanks to the Arkansas Air and Military Museum, we were able to ride in this piece of history for a flight around Washington County.

Inside the plane, American soldiers would have sat along both sides of the plane before jumping out the hatch in the back of the plane.

Anyone can see and ride in this plane and others now until September 29. This is all a part of the Arkansas Air and Military Museum’s biggest fundraiser of the year. Money raised will help the museum and send the C47 to Normandy next year for the 75th anniversary of D-Day.

Rozendaal says they  "Use these aircraft as a tool to tell a story. We use them to inspire young people so they can understand the sacrifices made, and the reason why we live free in America today."

Flying in the history where you live, I’m 5NEWS Meteorologist Matt Standridge.