FAYETTEVILLE (KFSM) — It’s only the second day of the Bikes, Blues & BBQ rally and bikes can be heard rumbling not just on Dickson Street, but a... 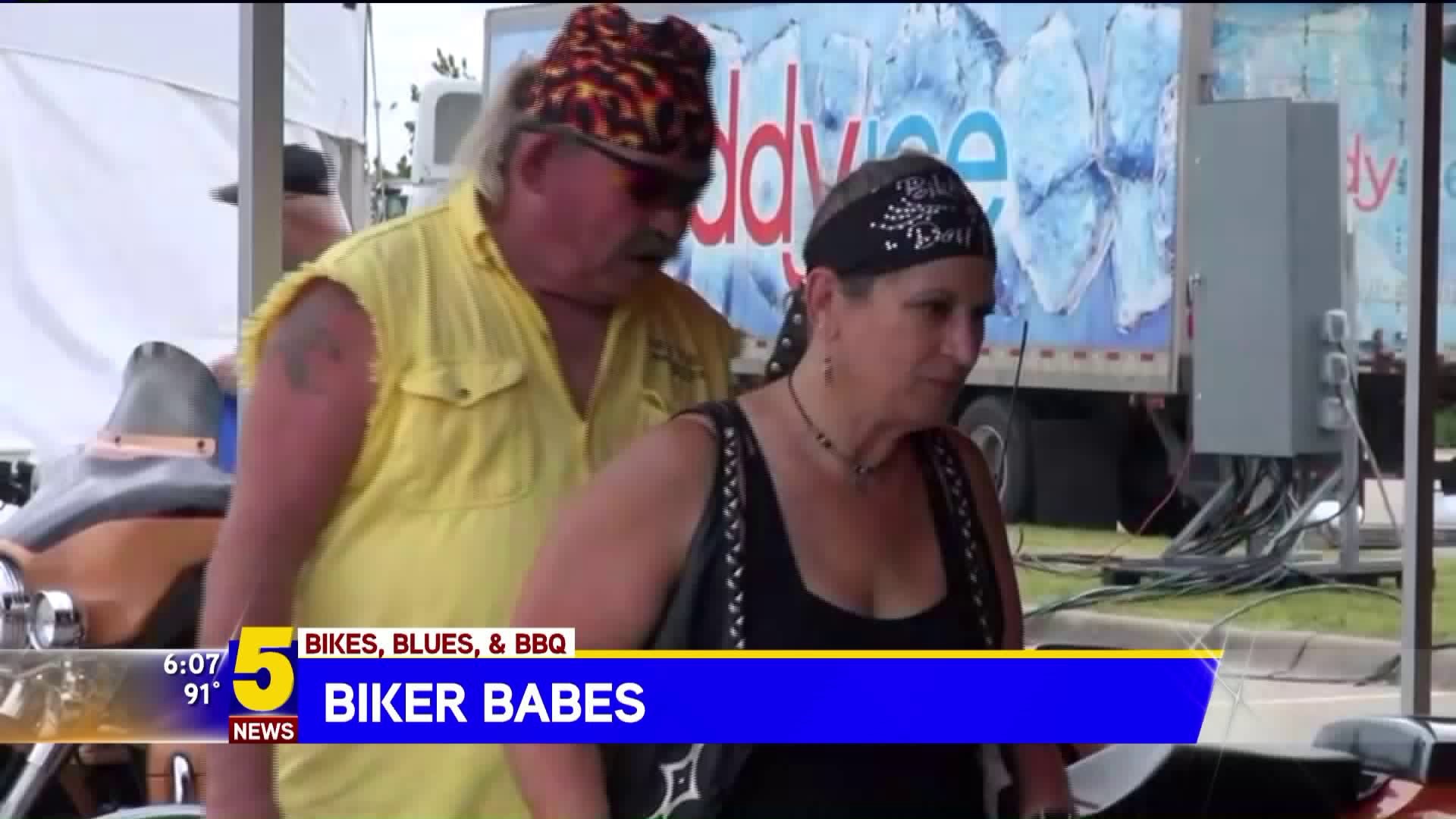 FAYETTEVILLE (KFSM) -- It's only the second day of the Bikes, Blues & BBQ rally and bikes can be heard rumbling not just on Dickson Street, but all across Northwest Arkansas.

But, the rally isn't just for men. Plenty of women are hopping on their motorcycles to enjoy the fun.

Stacie York is the ultimate biker babe with two motorcycles, and she said she's been riding for almost a decade.

"My brother passed away and he had four motorcycles and my sister-in-law had extras," she said. "So she had one and I took it. I wanted to ride, I'd been wanting to ride my whole life."

She said being a biker babe is her therapy.

"You have to focus on the road and you have to let go of all the other stuff that clutters our minds and it kind of helps clean out your head and just enjoy the road, enjoy the scenery and enjoy the time away," she said.

Connie Star said riding on the back of her husband's Harley is amazing.

"It's hard to describe...it's just you are free," she said. "I mean now in my life I am free and we just hop on it and go, whether it`s across town or to another town...I just love this."

Star said no matter your age, it's the same adrenaline rush.

"You feel as free as a bird, you do," she said. "It is the most beautiful feeling in the world. If anybody has not tried it, they need too at least once."

Barbra Mongold said being a biker babe means you can be yourself.

"You don't have to be the person you are at work and it's just a lot of freedom..fun and cut lose, de-stress and everything else...it's so nice," she said.

Zuma Nieves said being on a bike is like you're in a different world.

"If you are having a bad day and you're on the motorcycle, you forget about everything...it's very relaxing," she said.

The Miss Bikes, Blues & BBQ contest will be on Saturday night (Sept. 23) at the main stage on Dickson Street. The winner will receive $1,000.