Will Bikes, Blues & BBQ happen in Fayetteville this year?

Will the 2020 Bikes, Blues and BBQ motorcycle rally be canceled, or will the annual tradition fill the streets of downtown Fayetteville for the 20th year? 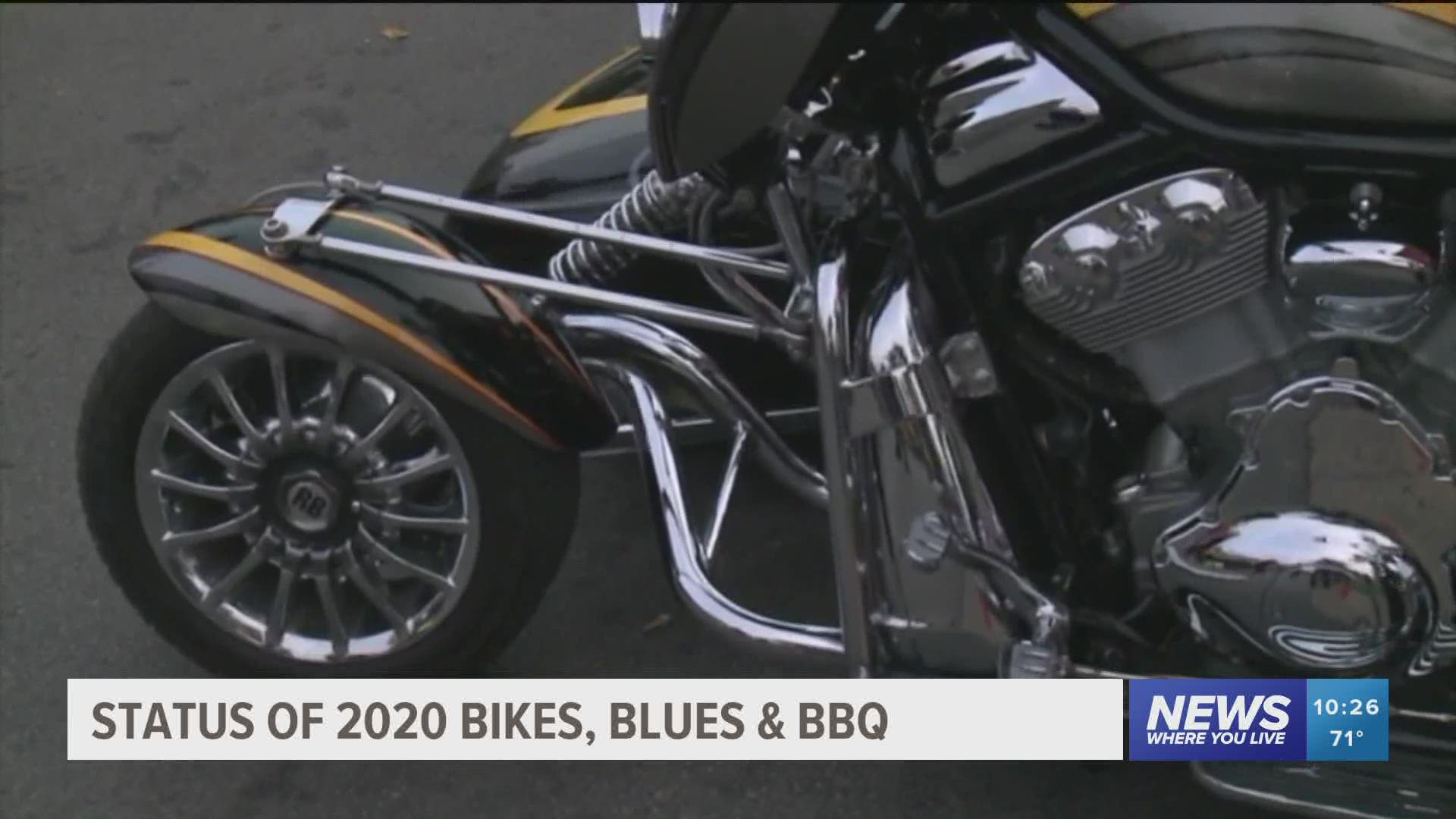 FAYETTEVILLE, Ark. — Will the 2020 Bikes, Blues and BBQ motorcycle rally be canceled, or will the annual tradition fill the streets of downtown Fayetteville for the 20th year? It's a question that organizers and even the Board of Directors for the rally haven't officially answered. According to the Executive Director of Bikes, Blues and BBQ, Tommy Sisemore, it's a decision that hasn't been made.

Though, Bikes, Blues and BBQ Board of Directors will meet on Wednesday (May 27) at 2 p.m. to discuss the future of the event.

Sisemore said event coordinators and board of directors are putting in a massive amount of work and thought on the decision. He said he is confident all involved will make the "best decision for Northwest Arkansas, Fayetteville, and those who attend the event every year."

Event coordinators have been working with Medical professionals and the Arkansas Department of Health to evaluate if moving forward with the festival is best.

The rally is still some time away. It is scheduled for Sept. 23-25th.

Sisemore said over the years applying for permits and getting city approval on the festival has changed. He said it is a longer process than it was when the festival launched for its first year.

He also said last year, by this time, all permits and approvals had already been applied for or approved.

Social media is buzzing with debate on what will happen to this year's event. It prompted the City of Fayetteville to release this in response:

The City of Fayetteville has received several questions and concerns from Fayetteville residents about a social media post shared earlier this week by a representative of an annual motorcycle rally discussing the intent to hold this year’s rally as scheduled. As of May 22, 2020, organizers of the rally had not applied to the City for the special event permits required to request use of city-owned properties and to close city streets. Under Ordinance 5881, the Mayor can approve or deny a special event permit application that requests use of city-owned property and closure of city streets. When the Mayor decides to approve or deny this type of special event request, notification must be sent to City Council members. Council members then have seven days to appeal the Mayor’s decision, and they can pass a Resolution to reverse the Mayor’s decision. This ordinance was passed and approved by the City Council on June 21, 2016, and it took effect on January 1, 2017. Any event, including the annual motorcycle rally, requesting use of city-owned property and/or closure of city streets for more than eight consecutive hours must apply for the appropriate permits and receive approval from the Mayor with support from City Council. Ordinance 5881 and other City of Fayetteville Code Ordinances can be viewed here: https://library.municode.com/ar/fayetteville/ordinances/code_of_ordinances?nodeId=777014

Organizers for Fort Smith's motorcycle rally, The Steel Horse Rally, announced earlier this month that this year's event is being rescheduled for August 22-23.