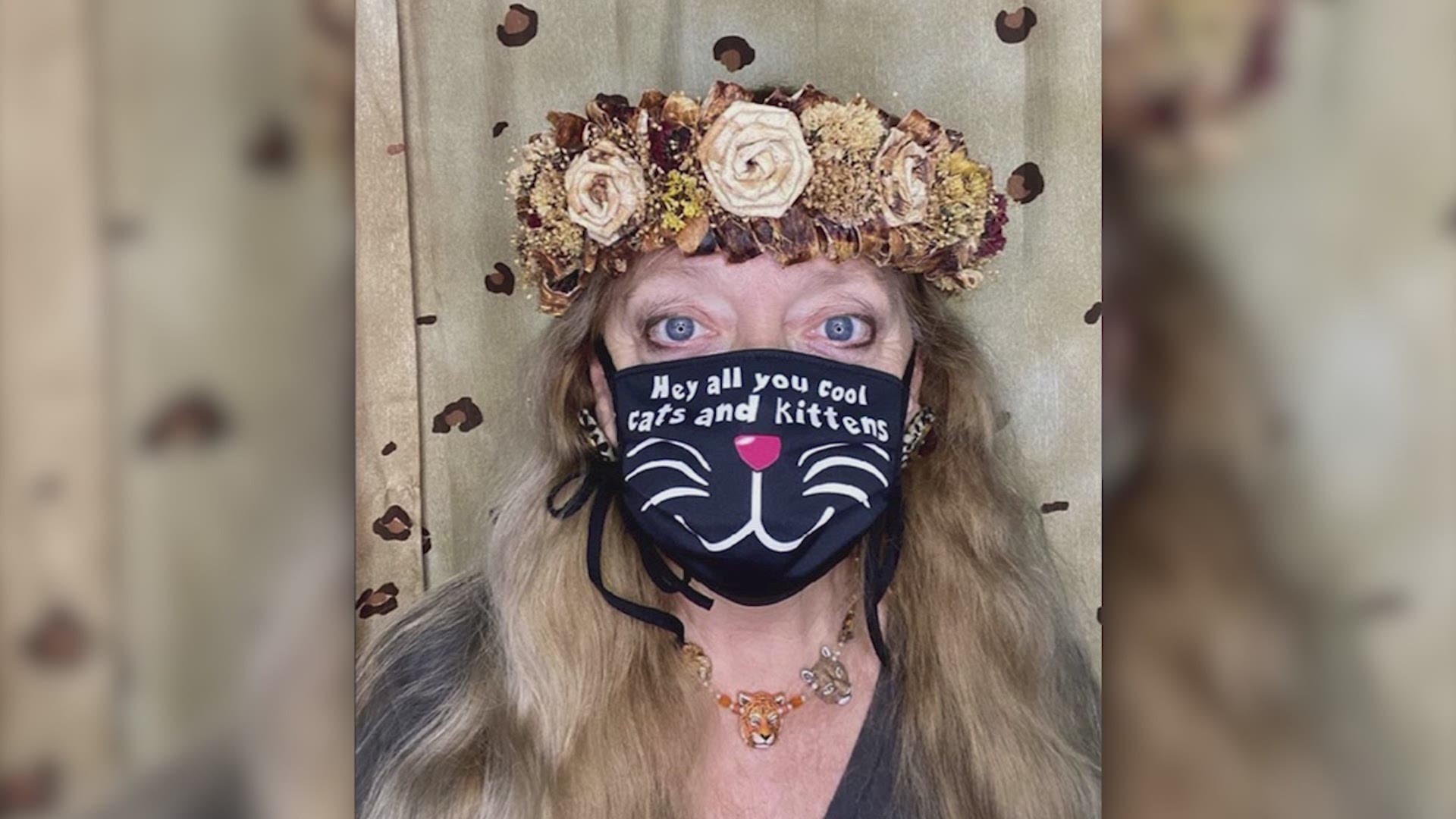 Big Cat Rescue founder Carole Baskin is bringing together the two necessities that are helping us get through this pandemic -- masks and of course, "Tiger King."

They come in two styles -- one black and one leopard print -- but both feature a whiskered cat smile and Baskin's tagline, "Hey all you cool cats and kittens."

The masks, available on tread365.com, cost $11 each. A portion of the proceeds will go to support big cats, obviously, but also, first responders, according to the product description.

Big Cat Rescue, Baskin's animal sanctuary in Tampa, Florida, has been closed to the public due to the pandemic. But that hasn't stopped her from providing daily updates to her fans on the sanctuary's Facebook page -- and pushing back against some of the drama.

"There are not words for how disappointing it is to see that the series... had the sole goal of being as salacious and sensational as possible to draw viewers," Baskin wrote in a blog post titled "Refuting Netflix Tiger King."

With 64 million member households worldwide viewing "Tiger King," according to Netflix, Etsy creators and other online retailers have been cashing in on the trend by selling face masks that feature Joe Exotic and the iconic smile of his ex-husband, John Finlay.

Now, fans can get one produced by one of the show's subjects.