You, the player, are the camp manager. In order to win, you need to help your camp thrive while helping the Murians survive. 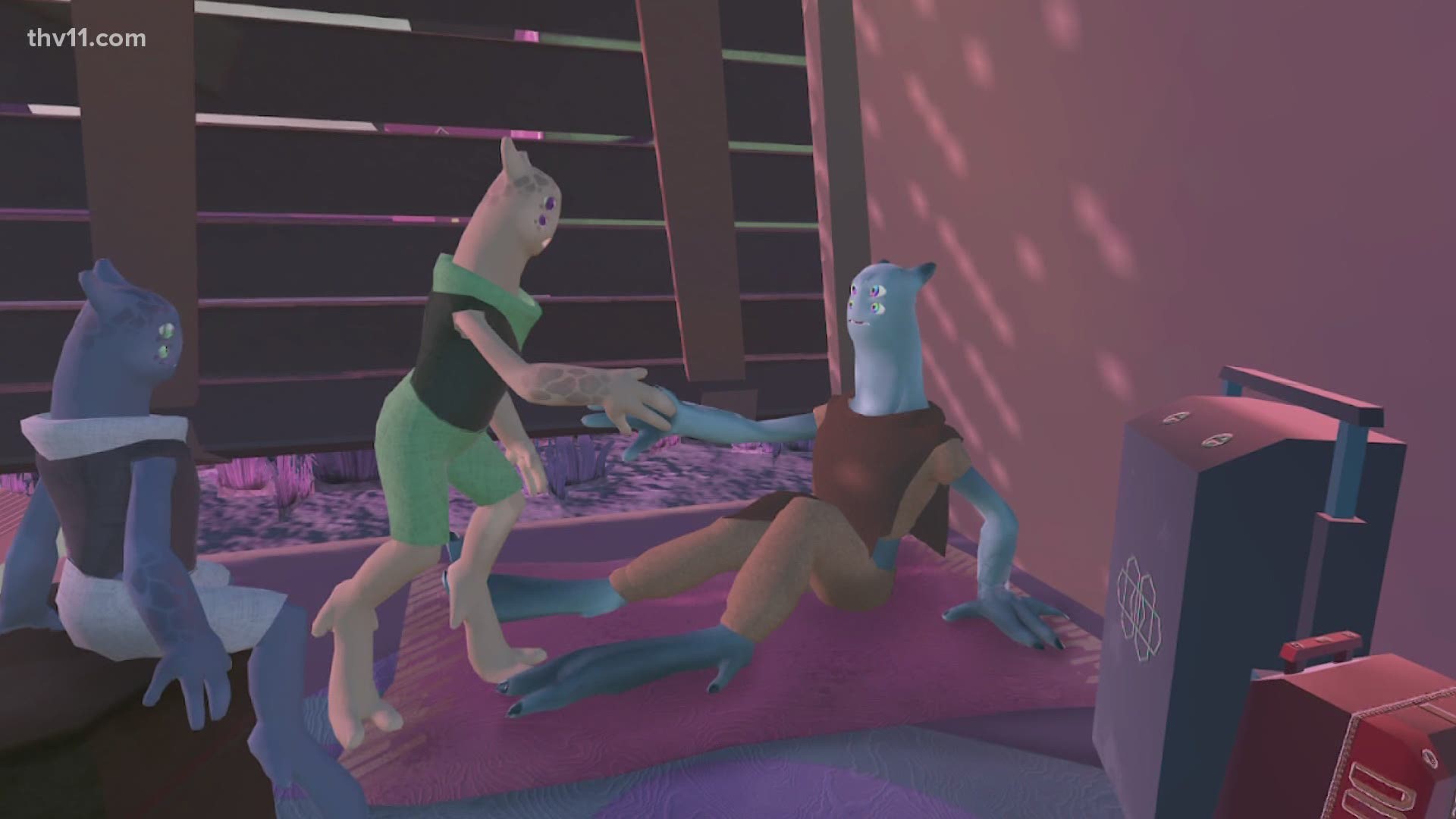 LITTLE ROCK, Arkansas — It's the age of technology where thousands of hours are spent on a computer or playing video games.

One Arkansan recognized this, so she is helping to spread awareness of today's global crises with her own computer game.

As a part of her college senior capstone project, Arkansas native Sophia Nelson and her teammates created 'Resilience.' It's a city-builder game that aims to educate players about the refugee crisis around the world.

"We weren't just going to make a game we wanted to make, we wanted it to be socially impactful," said Nelson. "We also didn't want to portray any certain stereotypes that people have about refugees, and what a standard refugee looks like."

So, they created Obios where the Murian people are currently displaced, and now living at a refugee camp. You, the player, are the camp manager. In order to win, you need to help your camp thrive while helping the Murians survive.

"During that hour of game play, people are getting sick, people are hungry, people need housing, and you're trying to manage all this while diplomats are offering you money or offering resettlement to take out your sickest refugees," said Nelson.

The game creators emphasize that the player will not win every time, but will continually learn the struggles and successes of helping people in need.

"We weren't trying to make a game that was easy to play and that people would sit down and say, 'Wow, it's so easy to run a refugee camp. I could do this,'" said Nelson.

The game has won second place at Drexel University where Sophia attended college, and now it's a finalist for a national award called Games for Change. She and her team will find out if they win in July.