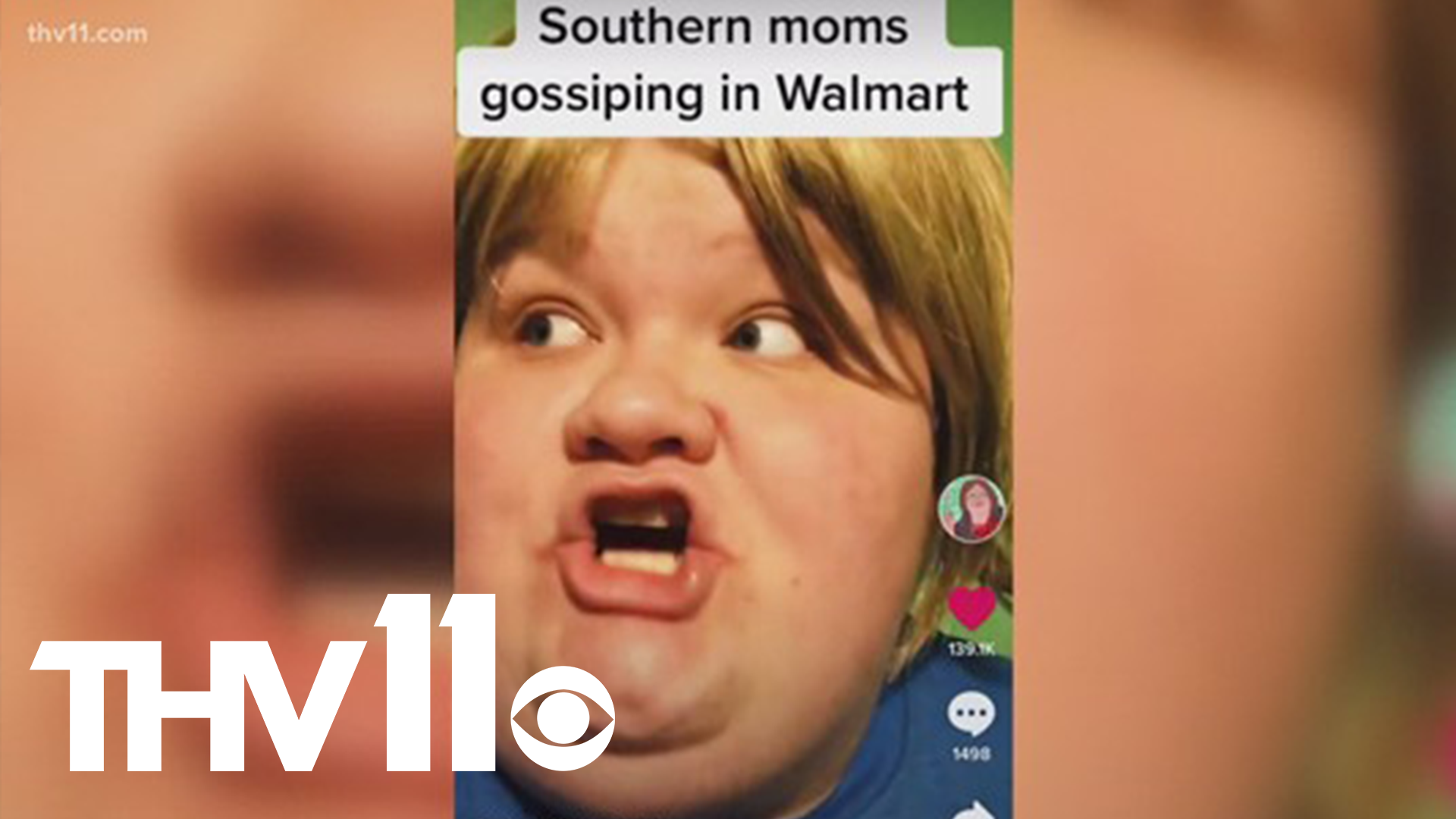 ASHDOWN, Ark. — Nanny-Maw is a social media sensation followed by millions. She is hilarious and a bit irreverent, but she has stolen the heart of people across the globe. Turns out, Nanny-Maw is a character portrayed by Kyle Kidd from Ashdown Arkansas.

Where did this beloved character come from? Kidd said she is a culmination of the women from his family.

"They are all strong and outspoken and some are rough around the edges," he said. "It's a combination of my grandmother who passed away, my mother, and my aunts."

While Nanny-Maw is the epitome of southern humor and one of Kidd's most beloved characters, she was created during a challenging time.

"My grandmother passed in February of this year and my mother had a recurrence with cancer, so it was kind of a bad time," said Kidd. "She had all these wigs left over from her first battle with cancer and I thought I'd do a fun video with the wigs."

That was the beginning of Nanny-Maw on TikTok. Kidd was an overnight sensation. Now, his videos have been viewed tens of millions of times by people all over the world.

"One of the first videos I did was about church ladies before church gossiping and sneaking cigarettes talking about how they wish the preacher would hurry up so they can go eat lunch," he said. "My favorite videos are of Nanny-Maw hunting bigfoot and hunting witches like Blair Witch Project."

Nanny-Maw isn't Kidd's only character. He has others. Some are loosely based on Kidd himself. He's an aspiring history teacher. That's how this whole thing started.

"I'm a full-time student at Henderson State in Arkadelphia," he said. "They sent everyone home with Covid-19 and I needed something to do so I made the TikTok."

THV11 Meteorologist Skot Covert is a Nanny-Maw superfan. His teacher personas are some of Covert's favorite characters. Covert asked Kidd if those TikTok personas represent what he'll be like as a teacher.

"Those are more impersonations of teachers I have had but I do intend to be fun with it and I think you can make history fun," said Kidd.

While teaching is a passion for Kidd, his instant success has opened doors and fostered big dreams.

As he works to be the big star of tomorrow, Kidd's impacting lives today. It's a needed reprieve during a time when we all could use a laugh.

"I love to make people laugh and that's what it's all about for me," he said.

You can follow Nanny-Maw on TikTok by searching for @nannymaw on the app.