Nathan Apodaca, better known as doggface208 on TikTok, confirmed that he will participate in the virtual inauguration of President-elect Joe Biden. 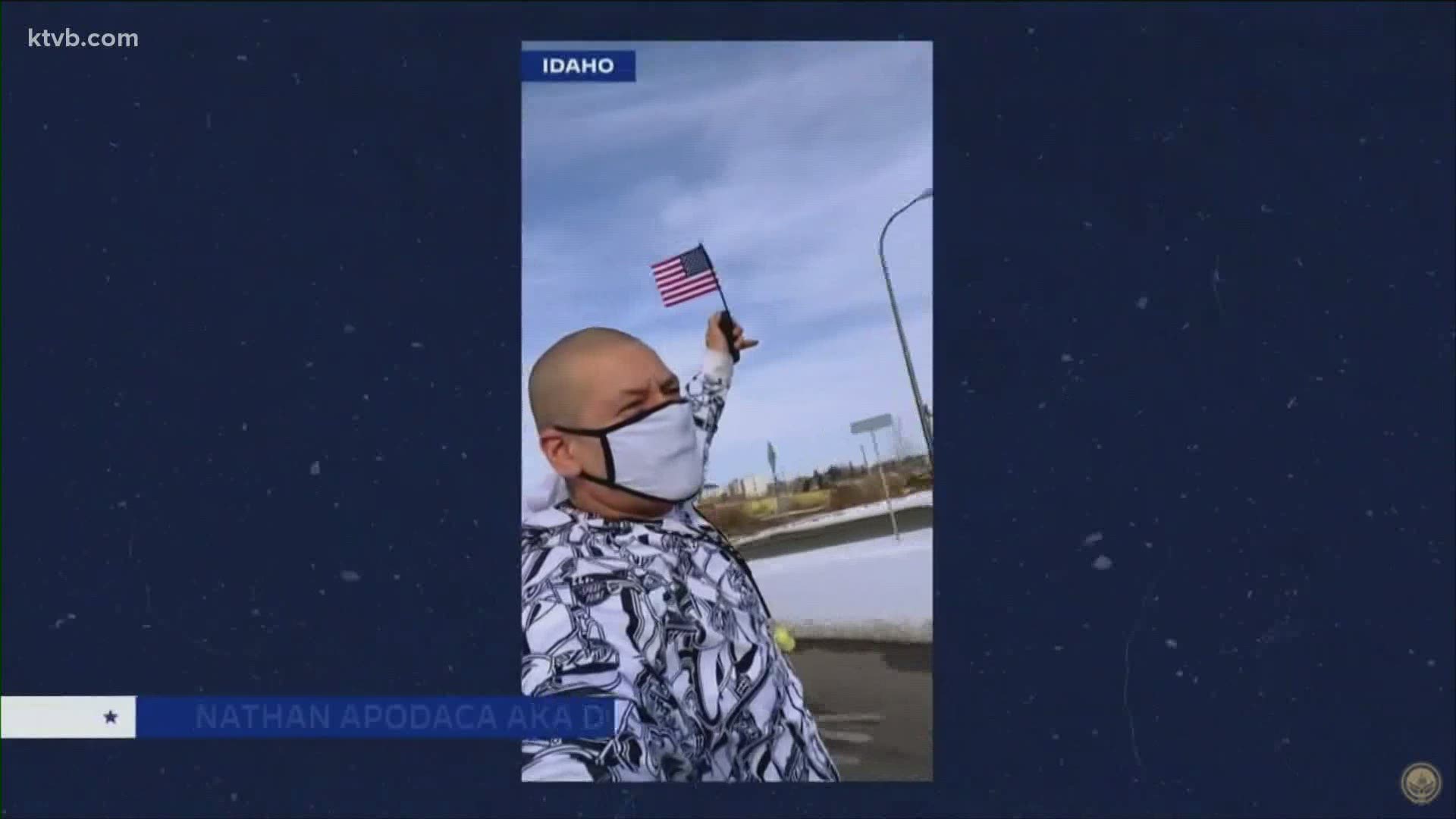 BOISE, Idaho — Nathan Apodaca, the TikTok star out of Idaho Falls, will participate in the virtual inauguration parade for President-elect Joe Biden and Vice President-elect Kamala Harris on Wednesday, according to his management team.

His participation in the inauguration parade was first announced in a story from TMZ and later confirmed to KTVB by his management team.

Since then, Apodaca has made appearances with well-known celebrities, including Snoop Dogg. His viral video, which has been viewed over 78 million times, has been recreated by Stevie Nicks and Mick Fleetwood of Fleetwood Mac.

While Apodaca will participate in the virtual parade on Inauguration Day, he said his involvement is not a political statement or a representation of his political views.

"I chose to participate in representing peace, I'm not on anyone's side," he said in a statement to KTVB. "We as a nation have suffered a lot of hate and unfortunate events, and I hope to bring some good vibes to 2021. Peace up 'cause we don't throw peace out."

President-elect Biden's inauguration is set to take place on Wednesday, Jan. 20 at 10 a.m. MT. The virtual Inauguration Day parade will take place after the swearing-in at 3 p.m. ET. More information can be found here.